At Phoenix Patios & Outdoor Centre, we measure, quote and draw the plans.

We’re a family owned and operated business in Perth, drawing on extensive experience in the building industry.

Our team will take care of the installation process for you. We will leave your property clean, tidy and ready for you to sit back and enjoy your new patio and outdoor entertaining area. We use the latest technology and top quality materials. At Phoenix Patios & Outdoor Centre, our dedicated family and traditional approach to customer service is friendly, professional and caring; and we will always go that extra mile.

ON SCHEDULE, ON TIME

Born in Kalgoorlie, Michael completed a Bachelor of Science at Edith Cowan University before deciding to pursue his interest in news. He completed a degree in Broadcasting at the Western Australian Academy of Performing Arts then started his media career at 6PR. 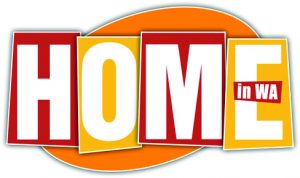 Phoenix Patios and Outdoor Centre has been operating since 1980. We pride ourselves on a professional, reliable and friendly service. Our patios and granny flats are manufactured to a high quality standard.